Netflix is cleaning up with more non-scripted renewals.

The streamer has ordered new seasons of Get Organized with The Home Edit and Dream Home Makeover and has set a summer premiere date for Sparking Joy With Marie Kondo.

Get Organized with The Home Edit has been picked up for a second season. The show follows organizers and authors Clea Shearer and Joanna Teplin, the pair behind the company The Home Edit. The show will take a closer look inside the business featuring even bigger organization projects, along with several celebrities surprising deserving friends and family members with makeovers.

Dream Home Makeover was renewed for a third season. The show follows the lives of Syd and Shea McGee as they run their home design business and raise their two daughters and one baby on the way. Episodes feature design projects that range from one-room designs to full home builds and renovations. It is produced by Goodbye Pictures with Rich Bye, Shea McGee and Syd McGee as exec producers.

Finally, Sparking Joy with Marie Kondo will premiere this summer after being ordered in March 2020. The series stars Kondo, the tidying expert and star of Netflix’s breakout format Tidying Up With Marie Kondo. The show follows Kondo and her team, who set out to tidy one small town in America. Rachelle Mendez is showrunner and it is produced by Alfred Street Industries and KonMari Media. Kondo, Mendez, Jane Lipsitz, Dan Cutforth, Dan Volpe, Nan Strait, Grace Lee-Toumanidis and Takumi Kawahara exec produce.

“Tidying Up inspired me to ‘spark joy’ and declutter my home. When I went to Goodwill to donate several bags of clothing, that I had lovingly ‘thanked’, the employee asked me, “Did you watch that Marie Kondo show on Netflix?” She excitedly informed me about the surge in donations following the show’s debut. For me personally, it was gratifying to see the widespread positive impact of Marie’s methods, and the series in general,” said Brandon Riegg, Netflix VP of Unscripted and Documentary Series. “Since then, we’ve continued to see how home organization and design shows can motivate our members to improve their surroundings and their lives.”

Tue Mar 23 , 2021
When selling your home, exterior paint color (and curb appeal as a whole) plays a big factor in resale value. “Ever heard ‘don’t judge a book by its cover?’” Realtor Jessica Lingscheit of The Somerday Group asks. “We all do it! And your home will definitely be judged by the […] 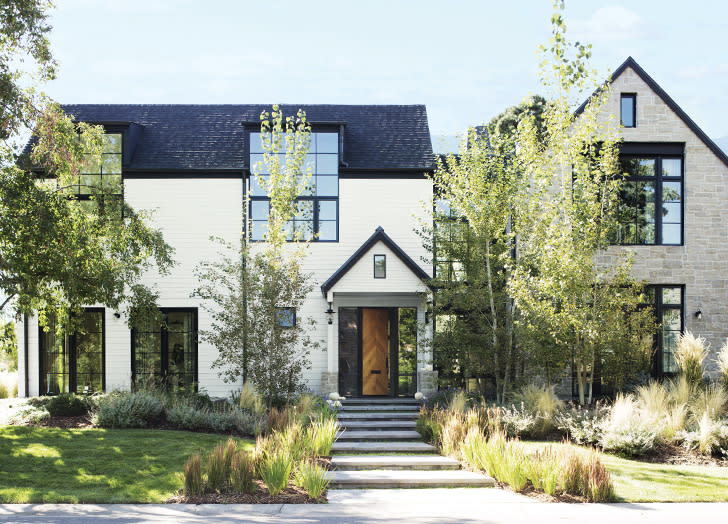