Tucked into its own forested corner of western Loudoun, this highly angular, modernist retreat features a truly extraordinary custom design, separating the home from its more conventional neighbors in the region.

“It’s a really unique house for Purcellville,” listing agent Michael Shapiro told the Times-Mirror. “The dichotomy between the architecture and the setting is interesting, I think.”

Shapiro said the home, built in 2008 by Alexandria-based French architect Michel Gauthier, seeks to combine its aluminum-clad façade with touches of “local vernacular.” Hyper-linear interior and exterior design elements are punctuated with multiple stacked-stone walls and wood-burning fireplaces, evoking architectural traditions of the Virginia countryside while creating a distinct milieu all its own.

The gravel driveway extends into a circular motor court leading to a two-car garage and beneath a breezeway that bisects the building. From there, one can either enter the main home on the right or the guest suite and garage on the left.

Upon entering the former, guests will be floored by the sleek modernism integrated into the structure’s design— from the floating, open-tread steel staircase to the sheet of corrugated aluminum acting as a sliding door into the main-level half-bath. Two of the aforementioned stone walls can be found on either side of the deluxe kitchen, which also features a three-sided island with abundant cooking space and a wood-burning fireplace. The adjacent living room has its own fireplace as well as a more-than-generous view of the farmland beyond.

“It’s this open kitchen-living-dining area, a double-height living room — you have the whole wall of glass going up,” Shapiro said of the main level. “It’s really just a great space to hang out.”

Two bedrooms and bathrooms can be found on the home’s middle level, as well as a large loft overlooking the living room, which can act as a den or entertainment space. The owners have the top level almost entirely to themselves, entering from the floating stairway into a massive closet area with custom maple wardrobes on all sides.

This leads on one side into the main bedroom, which includes a slanted shed roofline and a fully glass wall with doors providing access to a private deck. On the other side of the staircase lies the stunning bathroom with a large, open tiled shower, a separate soaking tub, and a large stretch of counter with double sinks. An additional bedroom can also be found on this level.

The private deck attached to the owner’s suite isn’t the only spot to enjoy sun-soaked afternoons on the property. A patio and terrace area at the rear of the house enjoys late-afternoon shade and is a great spot to enjoy a glass of wine over a roaring fire.

In addition to the guest area, the property also includes its original house, which Shapiro said can be easily used to accommodate renters, family, or to act as a workspace or artist’s studio.

“Basically, you’re getting two houses for the price of one,” Shapiro said.

Fri Apr 16 , 2021
The Majestic pastel exterior in Miami, FL Mijoo Kim and Minjin Kang It was in the 1970s when a man named Leonard Horowitz arrived in Miami Beach with rose-colored glasses. While the city’s distinctive buildings along Ocean Drive had character for days, they were all bathed in white. With a […] 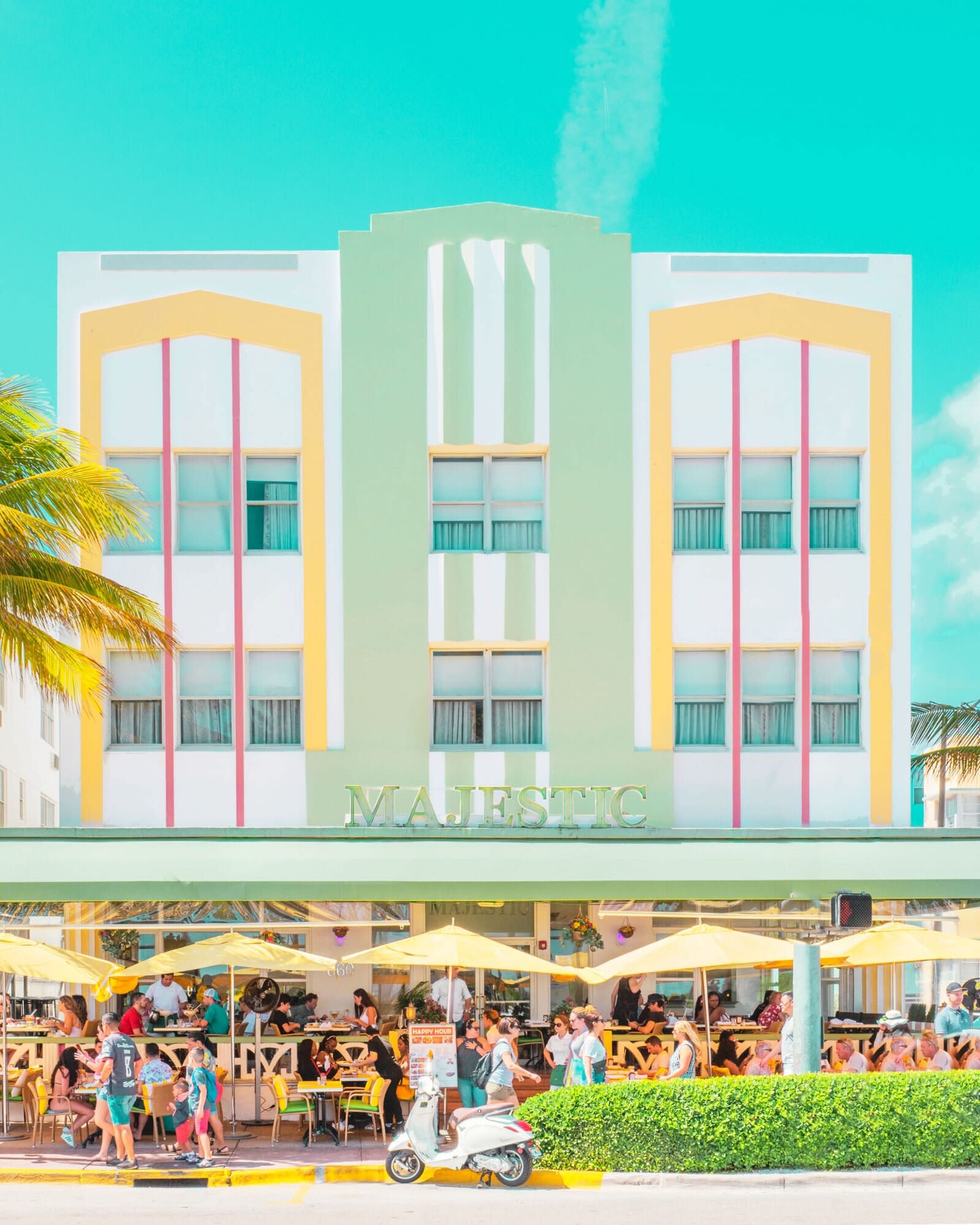