The story of Hua Mulan dates all the way back to ancient times of the Qing dynasty, when legend had it that the Chinese maiden disguised herself as a man to spare her ailing father from joining the war and protecting the Imperial City emperor. But the stunning and richly hued Mulan (available on Disney+ on Friday, September 4), based on the 1998 animated film of the same name, is intended to be timeless.

“The tale has been retold again and again, so we were told from production as well as from the Chinese government that we weren’t supposed to be specific about the time frame or the cities where it takes place,” production designer Grant Major tells Architectural Digest. “We based designs on the Tang dynasty era but didn’t stick to that.” Besides, he adds, “it’s a Disney movie, so everything should look romanticized and family-friendly.”

Major, who previously worked on The Meg and Crouching Tiger Hidden Dragon 2 in China, along with set decorator Anne Kulijan and the rest of the production team, spent months in and around the northwest province of Xinjiang to do legwork research before the cameras rolled. (Chinese academics were consulted as well.) Thanks to the meticulous detailing, layouts, and structures of the local buildings, “we could extrapolate what we found and just use our creativity to make it feel right.”

A prime example? The historic Tulou dwellings where a nonconformist, free-spirited Mulan (played by Chinese actress Liu Yifei) lives with her family. As he explains it, the stunning and insular residential buildings were built by members of the Hakka community in the mountainous areas of the southeastern Fujian province toward the end of China’s Song dynasty from 960–1279 A.D. “to keep the baddies out.” Major toured some of the 46 still-in-existence Tulous that have been listed by the United Nations Educational, Scientific and Cultural Organization as World Heritage Sites. “I cherry-picked all the nicest details out of the ones we went to see,” he says. The team built a mud-brick exterior four stories high, inserted stone slabs for the groundwork, and used natural red timbers to frame the individual apartments. “We tried to make it as colorful and perky and pretty,” he says.

The Imperial City, with its lily-pad-dotted gardens and golden-roofed temples, appears equally idyllic. “Again, it’s supposed to look romantic and ageless,” he says. Filmed on the lot at Xiangyang Tangcheng Film and Television Base (a popular tourist destination and outdoor location for many Tang dynasty–era sets), the outdoor scenes were transformed for the movie. “We took what was there and augmented things quite majorly to turn it into a location,” he says.

By contrast, the palace of the emperor (Jet Li) is regal and imposing. Exteriors were filmed at the Hengdian Studios in the Zhejiang province; interiors were constructed on a soundstage. The throne room set was so intricate that the production team first built a three-dimensional scalable model—complete with red fabric to sub for the columns—to help director Niki Caro and cinematographer Mandy Walker map out the shots and light the set. (Kulijan “got the hanging lanterns and floor lamps made,” he adds). As for the throne, it sits eight feet high with encrusted gold-leaf dragon motifs. Major’s team sculpted it in a workshop from scratch “using a lot of imagination because there was no visual reference,” he says.

Grand set pieces aside, Major notes that Mulan is essentially a road movie, because the titular character starts from home and engages in battle with her comrades in the wilderness until she reaches the palace. And many of the scenes set against the rugged landscapes—including the climactic avalanche—were actually filmed in the Ahuriri Valley in his native New Zealand. The training camp sequence is a personal favorite: “It’s just beautiful and surrounded by snow-capped mountains,” he says. “Our builders put up with gales and snowstorms to make the set, but by the time we filmed it in the spring, the snow was still on the mountains and the sun came up and it was beautiful.”

And when the sun set on the Mulan production, Major felt proud to work on a project that honors females and was primarily crafted by females. “It’s a girl-power film,” he says. “Mulan is a very strong female, which is fantastic. And to have that same dynamic behind the scenes is also fantastic. The fact that it was filmed in China and New Zealand? That’s a dream project.”

Inside the Rich and Timeless Sets of Mulan

As COVID-19 grinds on, the fate of L.A.'s music clubs rests with a divided Congress 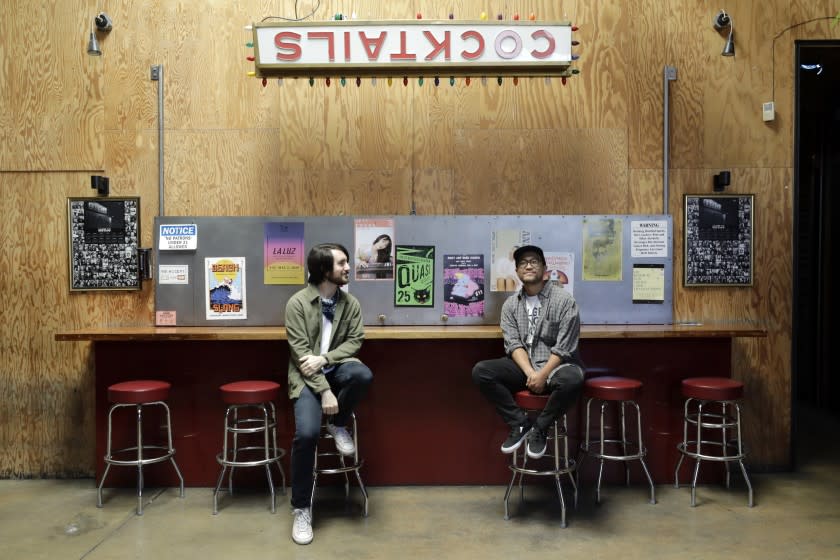