What does Ricky Gervais want? He has a reputation beyond argument and more money than the God he goes to such lengths to point out he doesn’t believe in. He has nothing to prove to anyone, least of all snarky critics still hung up on work he did nearly 20 years ago.

None of which stops After Life (Netflix), back for a second series, from being a puzzling thing. Gervais plays Tony, a recently bereaved local newspaper journalist. By day, he goes through the motions at work, snapping at his colleagues, including Kath (Diane Morgan) and Lenny (Tony Way), and rolling his eyes at his interviewees, punishing the world for letting his wife die. At night, he drinks too much and watches the videos his wife made for him as she lay in hospital, in which she urges him to learn to live again and remember to feed the dog.

For some, After Life is a comedy with a heart, a touching exploration of grief, depression and the redemptive power of friendship. Death is easy, is the message. It’s living that’s hard. To judge by its generous IMDb scores and legions of below-the-line defenders, plenty of viewers love it and rank it among Gervais’s best work.

They are welcome to it. Hard as I try, all I see is a series constantly looking for easy solutions. To begin with, it’s meant to be set in Tambury, a rural village, but many of the exteriors are blatantly north London. In the first episode of the new series, Tony walks the dog and looks out from a bench on a hill, which is clearly a view from Hampstead Heath. Short cuts are fine, but that’s one of the most famous parks in the world. It’s like Americans showing village cricket in Central Park. Tony’s house is absurdly nice, too, unless local newspaper salaries have changed since I worked for one. I’m sure Greta Thunberg would approve of filming locations within walking distance of Gervais’s house, but it doesn’t inspire confidence in the effort of the rest of the production.

The script has a habit of using swearing where a joke ought to be. In the first episode, Tony and Lenny are sent to visit a woman in the village who has just turned 100 and received her telegram from Brenda. Tony asks her the usual questions about how it feels, what advice she would give. Instead she goes on a rant about how everyone else in her care home is a c***. It might be funny if it was surprising, but this kind of thing happens all the time.

There are flashes of comedy. I enjoyed the scene where the postman, Pat (Joe Wilkinson), asked if he could use Tony’s bathroom and then proceeded to have a bath, and an extended riff on what would have happened had Daphne (Roisin Conaty) seen Tony naked through his window. They have all the Gervais signature moves: the intonation, the trailing off, the reduction of everyday incidents to absurdity, the unreasonable interlocutors. He can still do it, when he wants. He just chooses not to, like Michael Jordan trying to play baseball. Nobody will persuade him otherwise. Gervais has said he’ll do a third series “if fans demand it”. I expect they will. That’s the thing about afterlives. Good or bad, they go on forever.

Run is a brilliant Hitchcockian suspense from Fleabag’s Vicky Jones

Wed May 6 , 2020
Click here to read the full article. Designed to fill the gap between rough-and-ready explorer yachts and the support vessels that shadow superyachts to carry the spillover from the main yacht, the Crossover 27 from Dutch shipyard Lynx Yachts is a fully customizable mashup of the two types of boats. […] 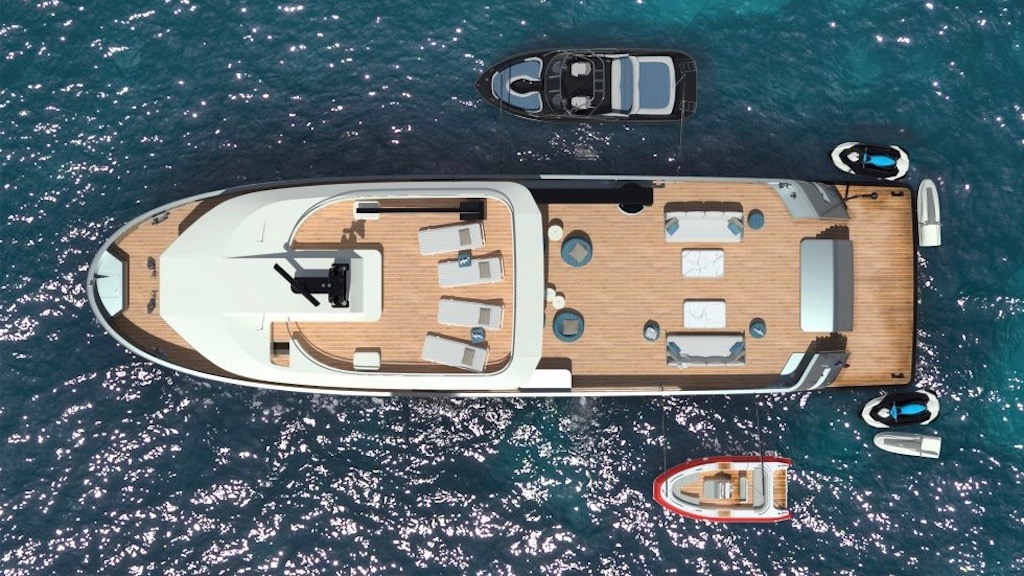