Habitat for Humanity is using 3D-printing technology to speed up the home-building process for families in need of affordable housing.

The international nonprofit and a list of advanced home construction partners are swiftly printing exterior walls with liquid concrete, according to South West News Service (SWNS).

Typically, the process would take around four weeks to construct, but through 3D printing, it was cut down to 12 hours – as seen in the 1,200-square-foot home the organization’s Habitat for Humanity Peninsula and Greater Williamsburg affiliate built in Virginia for a mother and son.

A spokesperson for Habitat for Humanity told Fox News Digital the Virginia home is the second 3D-printed home it has built, but it’s the first to be occupied.

“The exterior concrete walls of the Virginia home were built using 3D-printing technology, groundbreaking took place in July 2021 and the home was completed in December,” Habitat wrote in an email to Fox. “The homeowner, April, closed on her affordable home mortgage in December 2021,”

Habitat for Humanity’s Peninsula and Greater Williamsburg affiliate partnered with Alquist, a 3D-printing home construction company, to build the single-story three-bedroom and two-bath house. According to the organization’s website, Alquist’s concrete method offers savings up to 15% per square foot compared to preliminary lumber estimates. It’s also said to be resistant to tornado and hurricane damage.

More than 2,200 miles away from Habitat’s first occupied 3D-printed home is its first-ever created 3D-printing venture in Tempe, Arizona.

That 3D-printed home was built by Habitat for Humanity of Central Arizona and Design Candelaria, a residential architecture and lifestyle firm. Similar to the Virginia home, the organization’s first 3D-printed construction has three bedrooms and two bathrooms, but instead it has 1,738 square feet of livable space and 70 to 80% of it is 3D-printed, including its exterior and interior walls.

Families accepted into the Habitat for Humanity program put in a few hundred hours of sweat equity toward building their home, which varies among the organization’s affiliates. When the program’s requirements are fulfilled and construction is completed, families in need of affordable housing are connected to lenders able to offer income-based repayment plans.

Current estimates from Freddie Mac suggest the U.S. has a housing supply deficit of 3.8 million homes. The federal home loan corporation blames the nation’s housing deficit in part to a construction slowdown that stems from a skilled labor shortage and rising raw material costs.

“If we can deliver decent, affordable, more energy-efficient homes at less cost, in less time and with less waste, we think that could be a real game changer. Think of the implications,” said Jason Barlow, Habitat for Humanity of Central Arizona’s president and CEO, in a statement.

Staging your home for you or to sell

Thu Jan 20 , 2022
“Embellish” is a company that professionally stages homes for sale but we also asked them how to stage our own homes for life. GREENSBORO, N.C. — Meredith Parsons and Susanne Reeves have been friends for a long time. In fact, they conjured up the idea for their company when Meredith […] 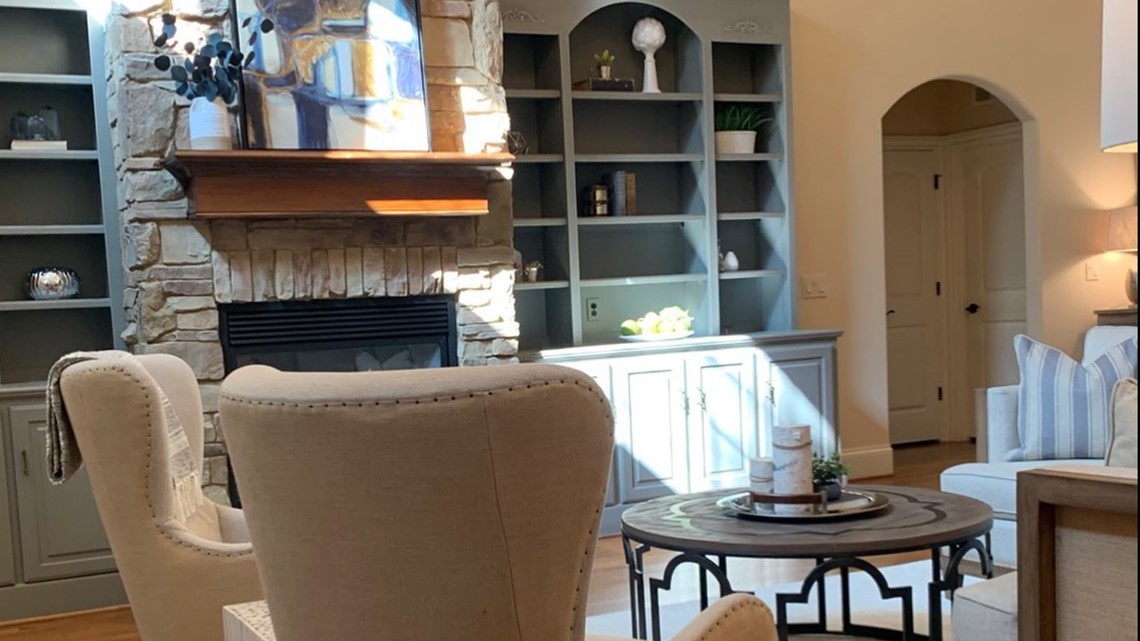